The "Embassy of Trees" brings nature back into the city and gives the trees a voice. It is a project of the artist Ellen Bornkessel. The "message of the trees" is an appeal for us to reconcile with nature, to be protective of the climate, to integrate nature into the cities and to plant more trees now. Ellen Bornkessel brings large-scale prints of trees into the city on building fences and scaffolding. The photographs convey the beauty of nature and reaffirm our connation with it. The trees stand for the hope that in the future living things will receive their due respect. The artwork is complemented by lectures and performances.

Open space is becoming a very rare commodity in our cities. There is no accommodation made for lush, wildly proliferating nature. My tree and forest photos show paradise-like nature and are reminiscent of its wildness, power and beauty.

I want to bring the trees into the city.

To give the trees a voice, I created the "Embassy of Trees". Like any diplomatic mission, it seeks and to develop and maintain the connection between two worlds and like any other embassy, acts as a representative- in this case for the trees in the city. "Embassy of Trees brings life-size prints of trees into the city on building fences and scaffolding. Reminding us of nature’s beauty and our connection with it.

It's about reconciliation between people and nature. The "Embassy of Trees" calls us to show our solidarity with nature. The forest is not just our green lung. Trees calm our souls and are living organisms.

The "Embassy of Trees" appeals to us to work for the climate and nature conservation, to integrate nature in our city and to plant more trees now. Trees stand for the hope in a future in which life will receive more respect.

As an artist, I want to make a statement and contribute to the preservation of nature. The magic and beauty of nature that returns to the city with "Embassy of Trees" is also a call for more life, variety and beauty in our lives.

The "Embassy of Trees" installation is accompanies by a series of talks on urban greening and the relevance of forests for our climate. Seedlings will be given to passers-by during performances. Even plants on a balcony influence the microclimate and biodiversity in our city- they too give nature a voice.

The artist Ellen Bornkessel brings nature back into the city with the "Embassy of Trees". Her large format photographs of trees will be in front of Cologne Cathedral from the 7th to the 21st of February. They are an impressive reminder that only a green city is worth living in.

Our cities are growing. Space is becoming a scarce asset. Economic interests are contesting with people's need for peace and clean air. Ellen Bornkessel gives the trees their own voice in tense atmosphere. In her current installation in front of the Cologne Cathedral, she juxtaposes life-size pictures of tree scenes attached to fences. Visitors stroll pass the images as if they were strolling through the forest. Looking at the photographs unfolds the magic and aesthetics of nature. In the middle of the bustling city centre, they have a calming and liberating effect. People need nature- even in the city and especially there.

The installation, "Embassy of Trees", is the start of a project which includes, lectures and performances. Like any diplomatic mission, the "Embassy of Trees" seeks to build and develop a relationship between two worlds; here between city and forest. Bornkessel explains: "As an artist, I would like make a clear statement, that is why I created the " Embassy of Trees". It appeals to us humans to reconcile with nature, to campaign for climate protection and to plant trees. The beauty of nature returns to the city with this project, it is also a plea for more liveliness, diversity and beauty in our lives.

Through the support of the Metropolitan Chapter of the Hohen Domkirche zu Köln, as well as the Dombauhütte , it became possible to use the Cathedral forecourt  as an exhibition venue. This is a meaningful constellation, because the institution church has dedicated itself, as has the "Embassy of Trees" to the preservation of the creation. The  "Embassy of Trees", joins the cathedral on its site which is preserved as a UNESCO World Heritage Site and must be preserved for posterity. On top of that, its pillars- just like trees, symbolize the connection between heaven and earth, the aspiration for all things earthly.

The installation is free. On the 12th of April, seedlings will be given away to passers-by during a performance on the square in front of the cathedral. Afterwards there will be a talk on the topic in the cathedral forum. 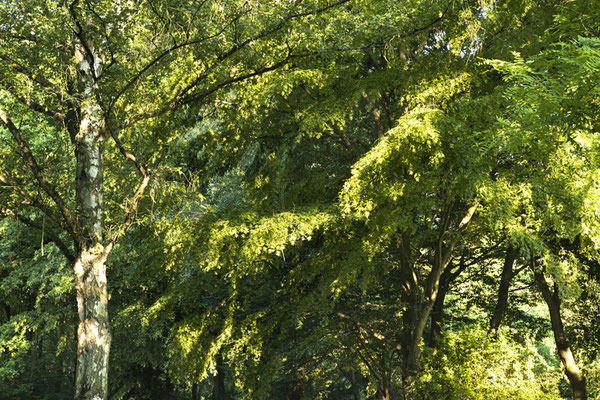 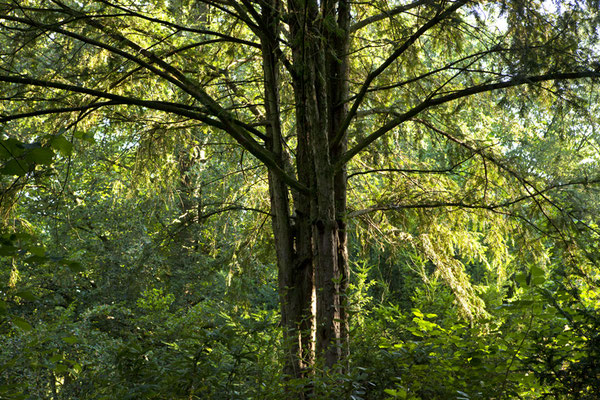 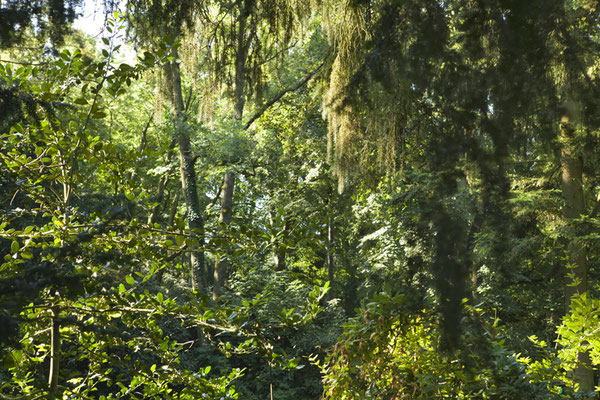 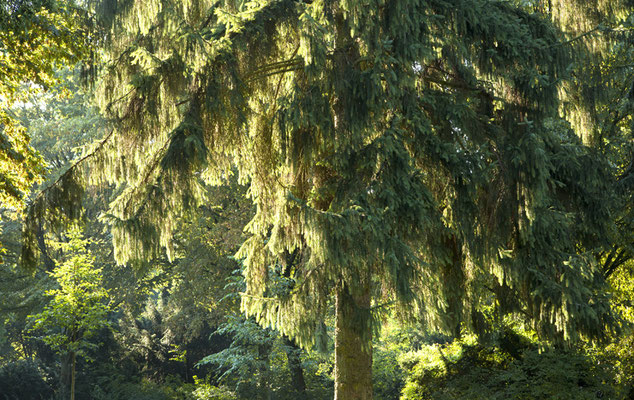 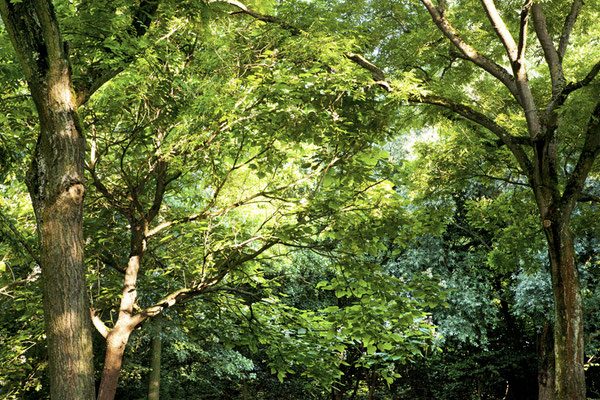 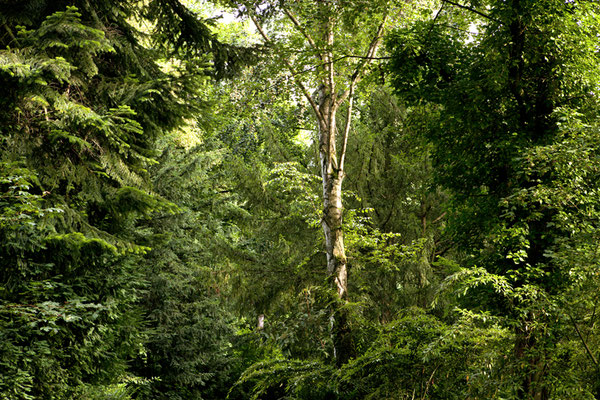 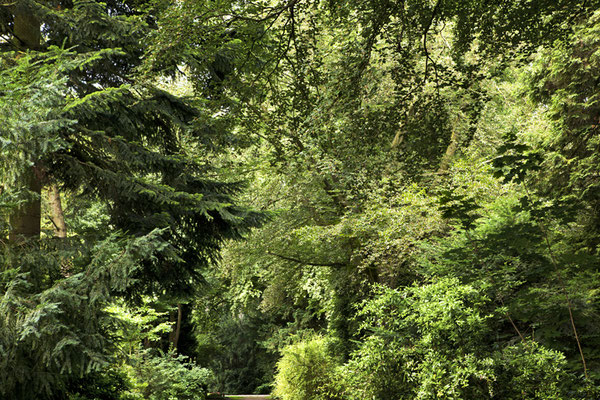 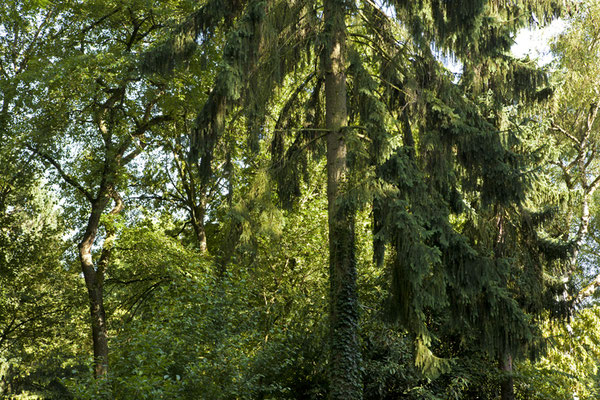 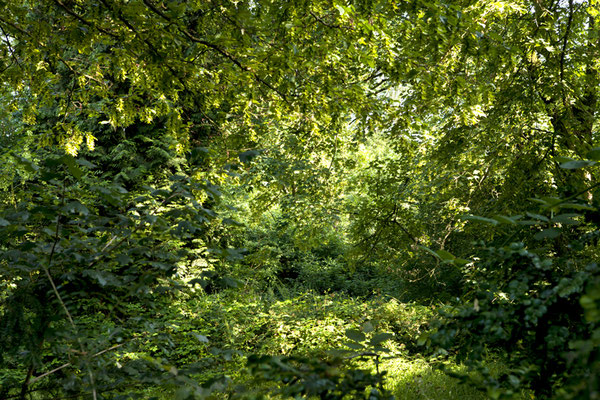 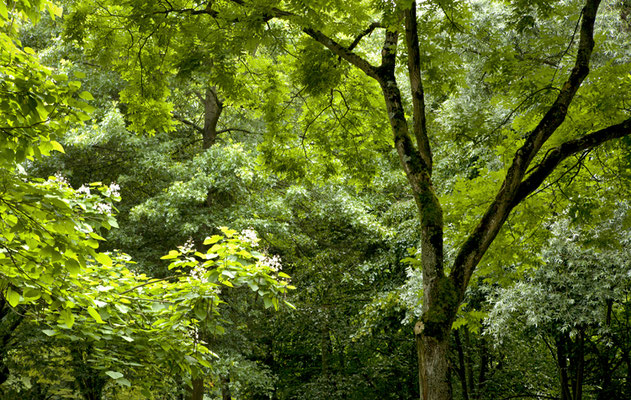 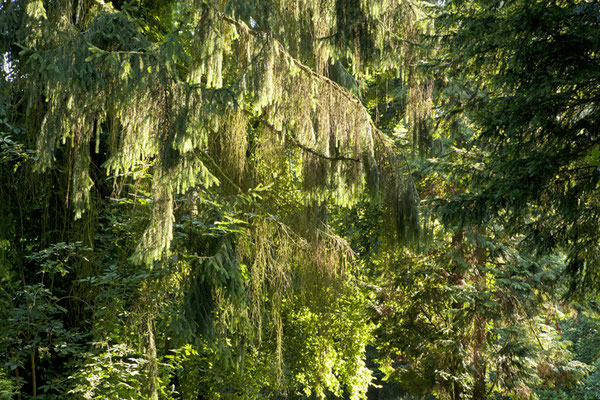 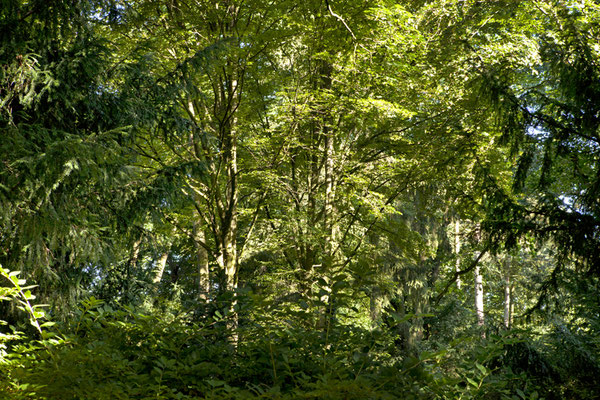 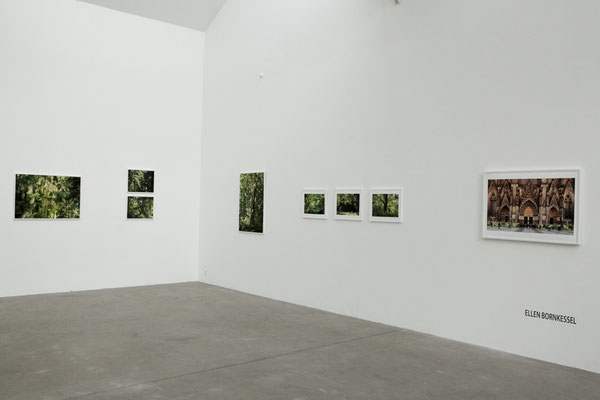 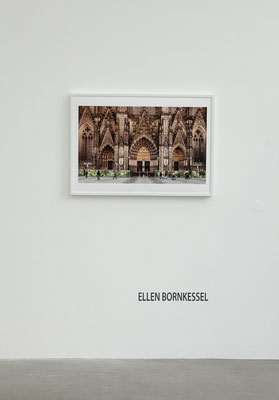 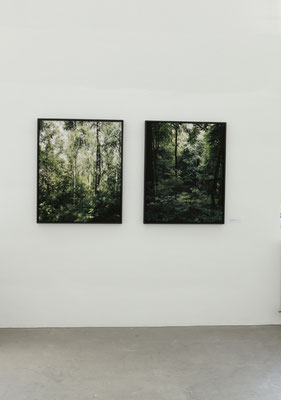 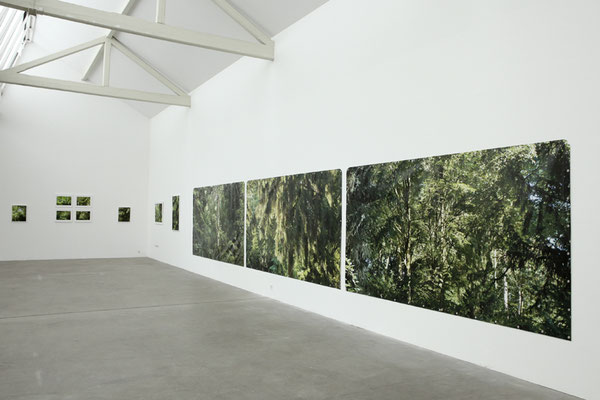 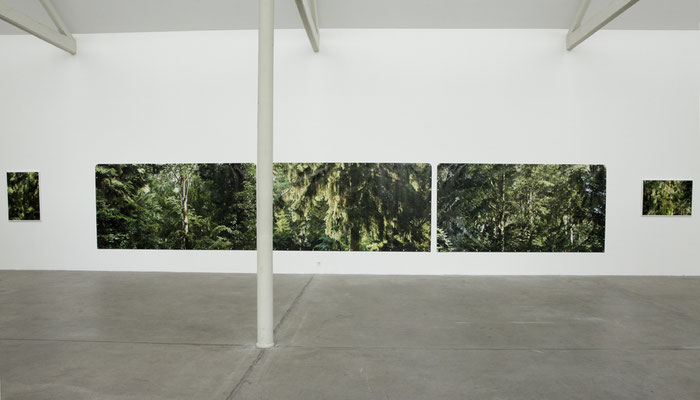 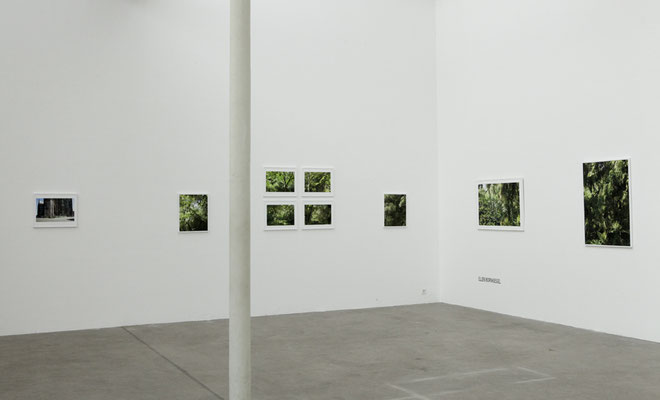 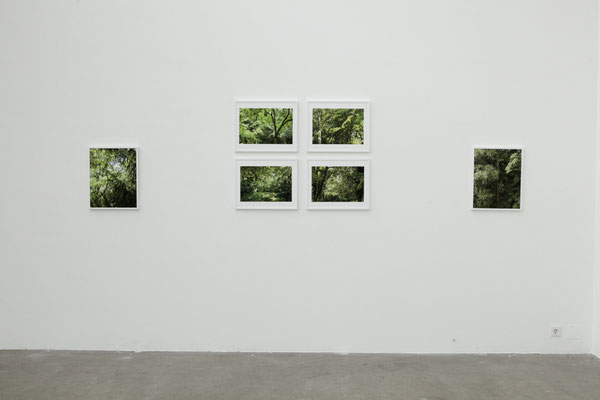 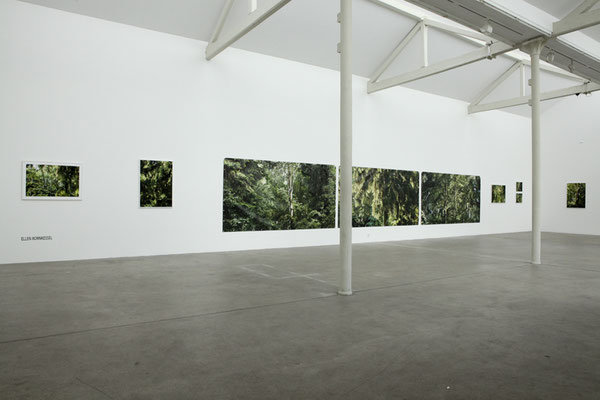 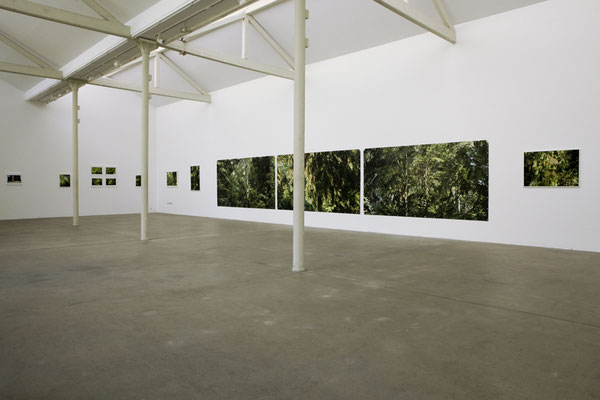 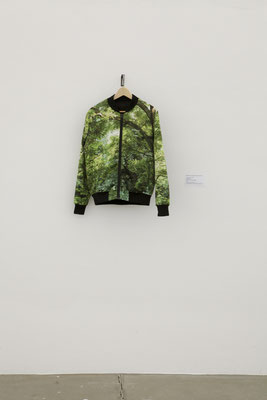 A b o u t   Ellen Bornkessel and "Embassy of Trees"

"Embassy of Trees" evolved through work on the photographic series "Tree Winter". The whole scene was immersed in a beautiful winter light and at the same time it stank of exhaust fumes. This paradisiacal world was sinking in the smog. That was the moment when I realised something had to done. Talking to Eva Wild, the director of the Rainforest Art Foundation Europe, the idea arose of showing the trees on fences and bringing them to the public.

We are living in extreme times- species are becoming extinct at an alarming rate and major climate problems are approaching us. The world is getting emptier. We pay a heavy price for the material goods we receive in return for the destruction of our planet.

Our world is at a point where we have no time left for discussion- it’s time for action. The "Embassy of Trees" appeals to us to plant trees and show solidarity with nature.

My photographs often convey unreal, enchanted moods. I am interested in the parallel worlds that exist alongside a profit-oriented, optimised society and that develop their own magic and power. Nature itself, increasingly banished from the cities, has become a parallel world, even though we humans are part of it. Nature often seems paradise-like to me. I would like to bring some of this power back into the world through my photography.

lives and works in Cologne, Germany

2009 Goethe Institute Peking, travelfundung for "Together in Movement"-Contemporary Art from china and Germany

2009 Exhibitionfunding from the Cultural Office of Cologne for "play"

2009 „Together in Movement“ Contemporary Art from China and Germany,Museum of Arts, Wuhan, China (Catalogue)

All images on this website are copyright protected
and may not be used without written permission.